“Wouldn’t it be nice if the Bible could actually stand up and speak to us? Of course, it DOES speak to us, but not in voices we hear with our ears.”  These are the words I use to introduce this flipchart. The Bible’s Own Story was published in 1974. Sandra Humphrey and Aline Clevenger wrote it with Sandra doing all of the illustrations. It is no longer in print, but it is too good not to share. It may not be reproduced to be sold due to copyright laws. Christian Communications is the copyright owner.

Below are the beautiful images from the original flipchart. The script is my abridged version of the original. There are actually more pictures than I am sharing here since I feel the flipchart as written is too long for one class teaching lesson.  I break it up into two class sessions so the children can retain more of the details. Present this to your children in chunks they can understand and remember. Never feel you must do everything all at once!

There is a Part 1 and a Part 2 for this flipchart. Part 2 of this flipchart may be found here: https://kidsbibleclassideas.com/the-bibles-own-story-part-2/ 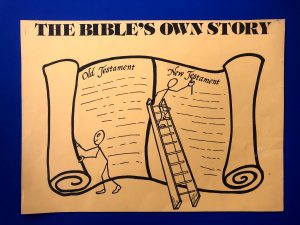 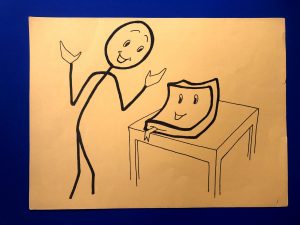 Wouldn’t it be nice if the Bible could actually SPEAK to us in a voice we could hear?  It actually DOES speak to us, but we have to READ it to hear the words. Let’s pretend the Bible has grown arms and legs. Let’s take a walk with the Bible and let it tell us about itself. What would it say? 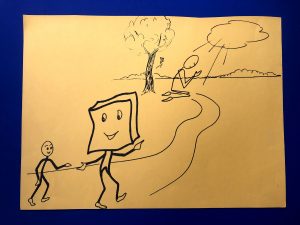 Way back when God created the world, there was not a book like me. If God wanted someone to know something, he would simply talk to them so they could hear with their ears OR he spoke to them in a dreams and visions. He actually spoke to people like Adam, Noah and Abraham and told them things they needed to know. 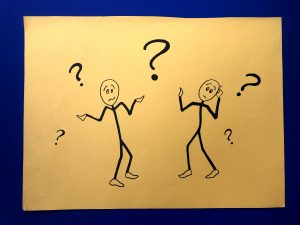 There were many, many people in the world, but God didn’t talk all of them. They needed to know things like: 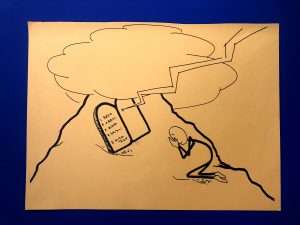 So, God had Moses write down the answers to their questions. 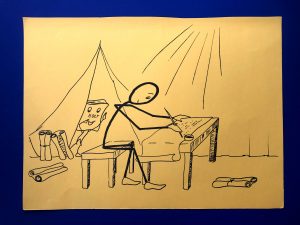 God also had Moses write about Creation, the Great Flood and about faithful men like Jacob and Joseph. 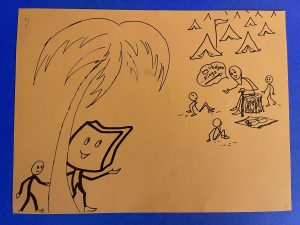 After Moses died, other men kept records of their families and all of judges and kings. Twelve of these Books of History were written down and became a part of me. They tell the exciting story of the children of Israel from the time they reached the promised Land until they finally returned to it many years later after being released from Babylonian captivity. 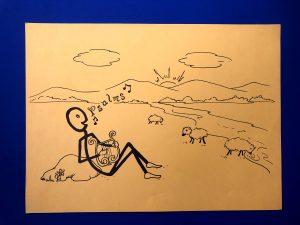 Men like David and his son Solomon wrote down God’s wise words and beautiful poems like the 23rd Psalm. Five of these Books of Poetry are a part of me. 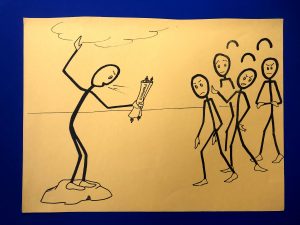 God spoke to prophets and told them what to say to the people. Many of those prophets wrote God’s words down. Those words became part of me.

Then God stopped speaking to ANYONE.  I did not have anymore new words added to me. For 400 years God did not say ANYTHING at all.  And then . . . something VERY SPECIAL HAPPENED. . .. You will have to wait until the next class to find out.